I Dared to Live 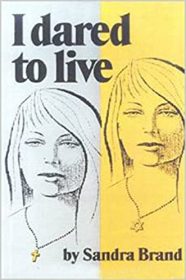 While some 500,000 Jews were being brutalized inside the Warsaw Ghetto and systematically annihilated, a young and beautiful blonde, blue-eyed Jewish girl from a hasidic family was working in a Polish factory, outside the walls of the ghetto, where she had assumed the identity of a Catholic Polish woman, and became part of an underground network of people – including disguised Jews, Poles, and even a German police officer, engaged in anti-Nazi activities. Each of these people was taking a heroic stand against the ultimate evil of the Nazi occupiers of Poland, resisting dehumanization, death and destruction against all odds, and prevailing in the end.